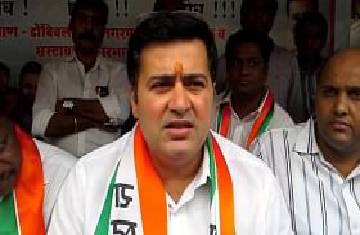 On January 14, during a press conference in Thane, the Thane District President of the Nationalist Congress Party (NCP) and the Thane-Palghar district coordinator Anand Paranjape made accusations against the Thane Police Commissioner Jai Jeet Singh, Additional Police Commissioner Punjabrao Ugle, Deputy Commissioner of Police Ganesh Gawde, and Amar Singh Jadhav that they were acting as a private army for the Maharashtra Government. Further, according to Paranjape, if Maharashtra Chief Minister Eknath Shinde gives the Thane Police Commissioner Jai Jeet Singh an order tomorrow to confront opposition party members who disagree with the government's bad policies, Singh will comply.
Paranjape remarked, "We demonstrated in Thane on December 22, 2022, against Maharashtra's Chief Minister Eknath Shinde over the suspension of NCP State President Jayant Patil in the Legislative Assembly. As a result of this abuse of the police system, crimes against me were later reported in 11 police stations within the Thane Police Commissionerate. This was the subject of an appeal brought before the Bombay High Court."
"The next hearing in this case will take place on January 18, and the court has ordered that no arrests be made. If political workers disagree with the unlawful Shinde government, the Thane Police will harass them. We are not worried at all because we adhere to the ideologies of Dharamveer Anand Dighe and Balasaheb Thackeray. Instead of shooting us in the back, the cops ought to shoot us in the chest. Our fight against this unconstitutional administration will continue, "Added he.
A case was previously filed in Naupada police station against three known and two unknown people for posting hoardings with the message "Pannas Khoke, Ekdum." Okay. Three of them were detained and later freed on bail. The two unknowns' names, however, are unclear. But on January 11 and January 13, the police harassed the women in their homes when party assembly president Abhishek Pusalkar and NCP city President Vikram Khamkar weren't there. It's interesting to note that kids were also being bullied. They entered their home and looked around the kitchen, bathroom, and even the bed. The most critical issue, according to Paranjpe, is that although the two were released on bail on Friday,
Are you a servant of the people or a few politicians, Paranjape questioned the Thane police duties. Have they forgotten the oath they swore when they enlisted in the IPS service? Jai jeet Singh, the police commissioner, has also been questioned by Paranjpe over the police's role in upholding the law. Eknath Shinde is the country's chief minister right now. A different party will form the government tomorrow, but Babasaheb Ambedkar's gift of the nation's constitution and legal system will endure forever. In order to stop harassment, false police reports should be filed. We won't allow such actions to scare us. We are defending ourselves against fabricated charges. You will commit crimes to appease your political masters, but we won't just stay at home and do nothing.
Image Courtesy: Twitter @themaktab