Days after protesting the concretization of Mumbai roadways, Aaditya Thackeray queries who recommended the project 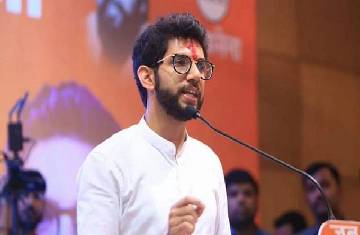 Days after he claimed there were anomalies in the tenders, former Maharashtra Minister and Shiv Sena (UBT) leader Aaditya Thackeray questioned the road concretization tender in Mumbai on Monday. Jr. Thackeray wanted to discover who had suggested Mumbai's roughly 400 km of roadways be made of concrete.
When talking to the press, Thackeray enquired about a projected completion date for the road construction.
How equitable is it for the administrator to suggest and approve the concretization of roads when the Brihanmumbai Municipal Corporation (BMC) has no mayor, standing committee, or public representative? Elections for the BMC have been overdue since its term expired in March of last year. On Friday, Thackeray said that bids to concretize roads in Mumbai were issued at a higher price for the advantage of contractors and that the bids should be withdrawn.
He had stated that 400 km of municipal roads would be concreted under new contracts for more than Rs 6,000 crore.
Who advocated the concretization of roads because local leaders like corporators propose road repairs, Thackeray questioned on Monday? He claimed that asphalt has been used for years to coat roads in some tiny alleys. There is an asphalt mastic (coating) on Peddar Road and Marine Drive, and they are still in fine shape.
Image Courtesy: Twitter @fpjindia