In response to the barring of "Graduates" from elections, Gopichand Padalkar of the BJP wrote to the State Electoral Commission 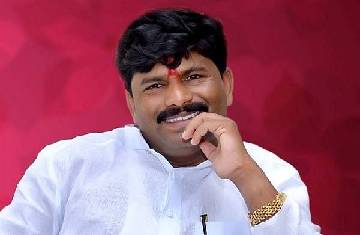 Gopichand Padalkar, a state legislator, wrote a letter to the State Election Commission to express concern about the exclusion of "graduates" from the January 30 elections in the Graduates Constituency. "Elections in India, the largest democracy in the world, are of a significance never before seen. In light of the circumstances, it is unreasonable to prevent a person or group from casting a ballot, Padalkar argued in a letter to the State Election Commission.
Padalkar wrote in his letter that "India is a country of youths. Additionally, representatives chosen from the Graduates constituency seek to improve their future. I wish to call your attention to the fact that there is an attempt to keep over 10,000 graduates from voting. The MLC further clarified the situation by stating, "The elections are slated for January 30. Nevertheless, a number of exams will also be held on that day. Urban planning, law, medicine, and public health exams for Group A and Group B will be administered in two phases on the same day. As a result, more than 10,000 graduates will be unable to cast a ballot in the Graduates Constituency elections.
Padalkar continued, "The Election Commission constantly seeks to improve democracy," in the hopes of finding a resolution. Numerous graduates would not be able to participate in elections that are really important to them because of the overlap in dates. I'm hoping the electoral commission can find a successful solution to this issue.
Image Courtesy: Twitter @themaktab