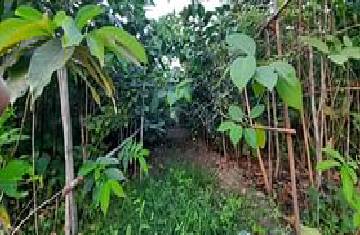 Iqbal Singh Chahal, the administrator of the BMC, recently gave his approval to a scheme to plant an urban forest at Marol beside the Mithi River. On the 3.2-acre site, the local authority will plant 139 different varieties of trees. The District Planning Committee (DPC) will provide funding for the project, which has an estimated cost of Rs 7.53 crore.
One of the wards with the least amount of trees and the highest mean land surface temperatures (LST) is the Marol Industrial Estate. So, after the Mumbai Climate Action Plan indicated an increasing LST in the previous decade, particularly when the development of Metro Line 1 commenced, it was decided to develop an urban forest. Aaditya Thackeray, a former State Environment Minister, was the project's creator.
In Marol's Sat Baug neighbourhood, which is on the north side of Metro Line 1, the BMC has a 1.9-acre garden. Marol Co-operative Industrial Estate has given up a block of land adjacent to it measuring 1.3 acres for the project. The plot will feature 139 different tree species in addition to shrubs that will draw butterflies, medicinal plants, an exhibition centre, first aid stations, a ticket office, wildlife artefacts, etc.
In June 2022, the project's tender was published. The funds for the same have now been allocated from a different DPC provision. In December 2022, the plan was eventually approved, and M/s CR Shah was given the job. According to officials, the infrastructure and plantation will be built out within a year.A three-year contract for maintenance of the plantation will also be awarded, civic sources said.
Image Courtesy: Twitter @themaktab