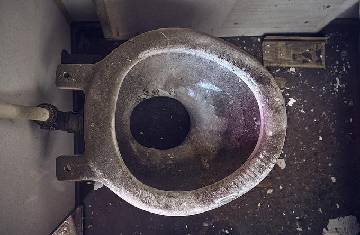 The Maharashtra Government was chastised by the Bombay High Court for failing to take effective and adequate steps to implement Menstrual Hygiene Management (MHM) in government-aided schools. After the government requested more time, a division bench of Chief Justice Dipankar Datta and Justice MS Karnik became irritated. The HC was hearing public interest litigation filed by two law students, Nikita Gore and Vaishnavi Gholave, who claimed that the central and state governments were not effectively implementing MHM, resulting in barriers for women and especially adolescents girls.
They had submitted additional affidavits highlighting filthy and unsanitary washrooms and toilets in government-aided schools for girls. The additional affidavit was filed following a survey of schools in 16 towns and 7 districts across Maharashtra. Additional Government Pleader BV Samant told the court that after receiving the additional affidavit, their officers took immediate action and cleaned the toilets. He went on to say that the officers also proposed corrective measures, which were highlighted in a report that the government decided to implement across the state.
The report for only seven schools was submitted on Monday. The report, dated July 24, was submitted to the court during the hearing, which irritated the judges even more. "What does the CEO think of us?" "Are we like little kids who you can calm down by giving us a lollipop?" CJ Datta stated.
The court then asked the petitioners' counsels, Abhinav Chandrachud and Vinod Sangvikar, to make a permanent suggestion.
"We are skeptical that this position (clean toilets) will be maintained." "It (the toilet situation) will change within a month, and then things will return to normal," the Court stated. The court also directed that the conditions be monitored by the Maharashtra District Legal Services Authority (MDLSA).
Image Courtesy: Twitter @UrviJM