BMC is working to restore lakes and freshwater bodies, including Dingeshwar Talav 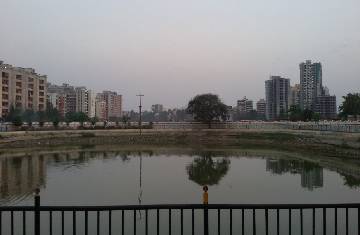 The BMC has launched a pilot initiative to clean up lakes and other freshwater areas of the city that are being contaminated by sewage and trash inflow. The Kandivali Shri Dingeshwar Talav near Charkop will shortly begin the bio-remediation process, according to the local body (West). Additionally, a running track and an outdoor gym will be added to the lake area.
The BMC has taken action to stop sewage from flowing into the lakes in accordance with the directives of the Maharashtra State Pollution Board (MPCB). In December 2022, the BMC won a contract for the renovation and beatification of Sheetal Talav. Both lakes have temples close by and cover a combined area of more than 23,000 square metres. The water has become contaminated by the immersion of idols constructed of Plaster of Paris (PoP). The bio-remediation procedure will purify the lake water, redirect waste, and build extra sewer lines in both lakes. Fish and other aquatic life would be able to flourish thanks to this technique, according to a source from the BMC's wastewater management division.
Shri Dingeshwar Talav will receive an upgrade from the BMC for a cost of Rs 6.22 crore. By February 2024, the project is anticipated to be finished. The lake area will also contain horticultural activities and fences for public safety in addition to the gym and jogging track. Future applications of the idea will include the city's other lakes. Numerous fish were discovered dead in Sion Lake in December 2017 as a result of an oxygen shortage brought on by water contamination.
Image Courtesy: Twitter @rajeshashar